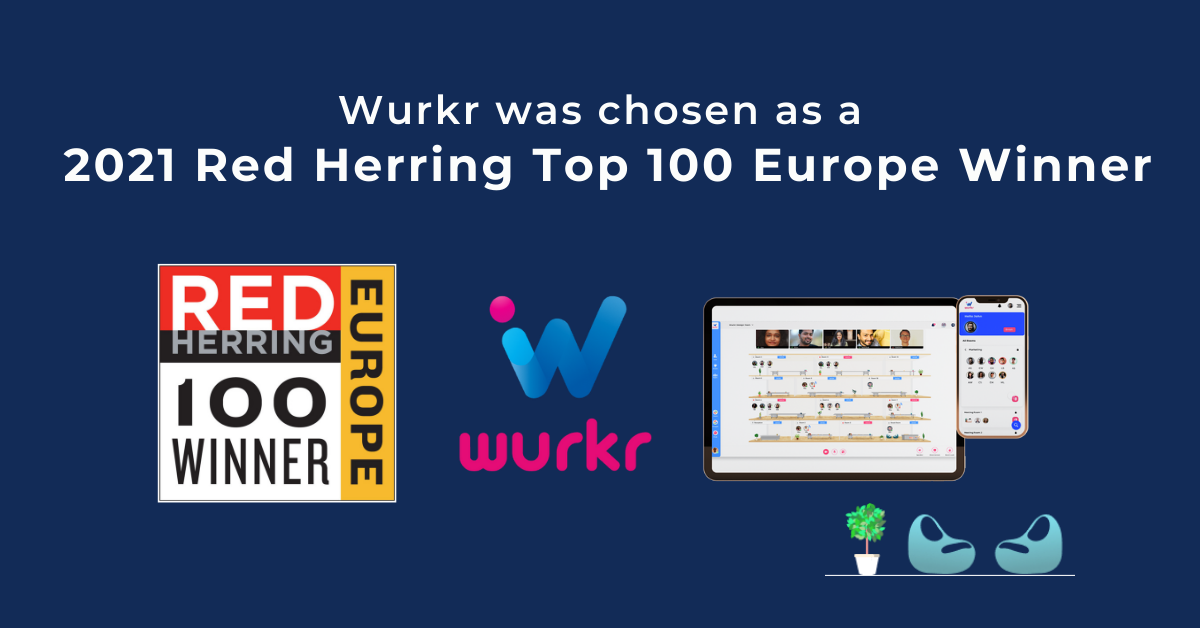 December 16th, 2021; - After much consideration, the Red Herring judging panel has announced its Top 100 Europe winners this evening, recognizing Europe’s leading private companies and celebrating these startups’ innovations and technologies across their respective industries.

Red Herring Top 100 Europe enlists outstanding entrepreneurs and promising companies. It selects the award winners from approximately 1,200 privately financed companies each year in the European Region. Since 1996, Red Herring has kept tabs on these up-and-comers. Red Herring’s Top 100 list has become a mark of distinction for identifying promising new companies and entrepreneurs. Red Herring’s editors were among the first to recognize that companies such as Alibaba, Facebook, Google, SalesForce.com, Skype, SuperCell, Spotify, Twitter, and YouTube would change the way we live and work. Thousands of the most interesting and innovative companies have graced the Top 100 list over the years. 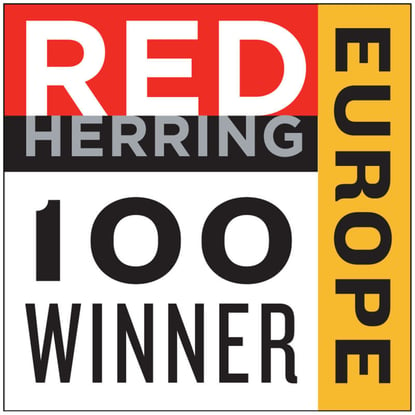 “In 2021, selecting the top achievers was by no means a small feat,” said Alex Vieux, publisher and CEO of Red Herring. “In fact, we had the toughest time in years because so many entrepreneurs had crossed significant milestones so early in the European tech ecosystem. But after much thought, rigorous contemplation and discussion, we narrowed our list down from hundreds of candidates from across Europe to the Top 100 Winners. We believe Wurkr embodies the vision, drive and innovation that define a successful entrepreneurial venture. Wurkr should be proud of its accomplishment, as the competition was very strong.” 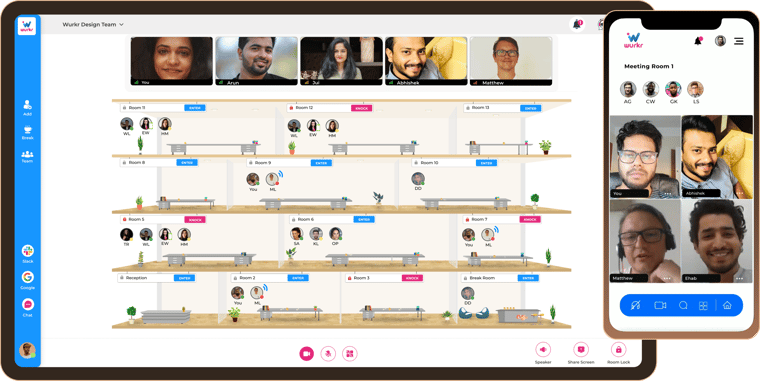 Red Herring’s editorial staff evaluated the companies on both quantitative and qualitative criteria, such as financial performance, technological innovation, management quality, overall business strategy and market penetration. This assessment was complemented by a review of the track records and standings of similar startups in the same verticals, allowing Red Herring to see past the “hype” and make the list a valuable instrument of discovery and advocacy for the most promising new business models in Europe.

Following Wurkr’s well-deserved win, they are then invited to showcase their platform to the US market at the Top 100 North America event and compete internationally for the Top 100 Global in October. Red Herring is dedicated to following Wurkr’s path to further success and innovation. 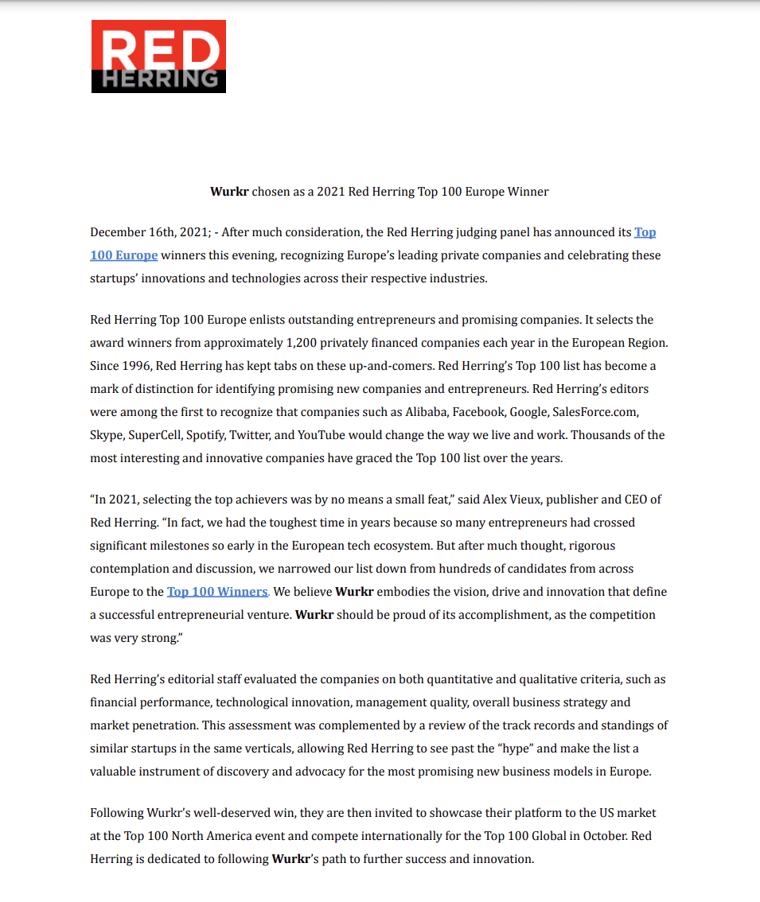 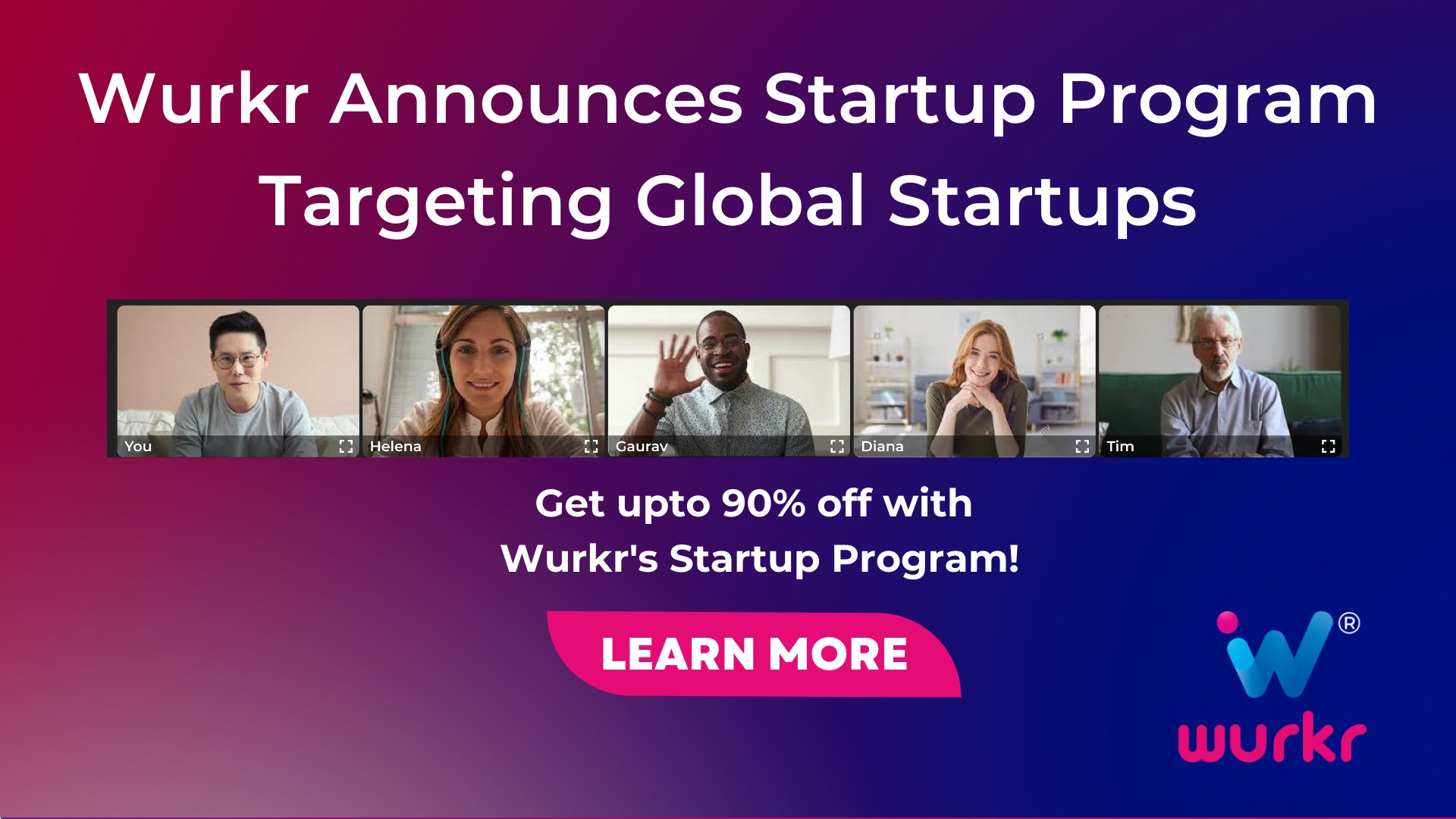 Why Now is the Best Time To Begin Your Entrepreneur Journey?

The biggest wave of startups and innovation is here and we are all witnessing astounding growth. Problems we couldn’t have even imagined would ever...